Australia’s best beer has been revealed – and it’s a triumph for Western Australia!

Judges at the Perth Royal Beer Awards have lifted the lid on their Champion brew for 2020 and it’s good news for Perth and WA.

Blasta Brewing Company – based in Burswood – took home six medals and four trophies in total, including the coveted Trophy for Champion Beer, won by their ‘Chainbreaker IPA’. The prize is the highest award available to commercial brewers at the annual event, in which a panel of experts scrutinize hundreds of beers from across Australia. 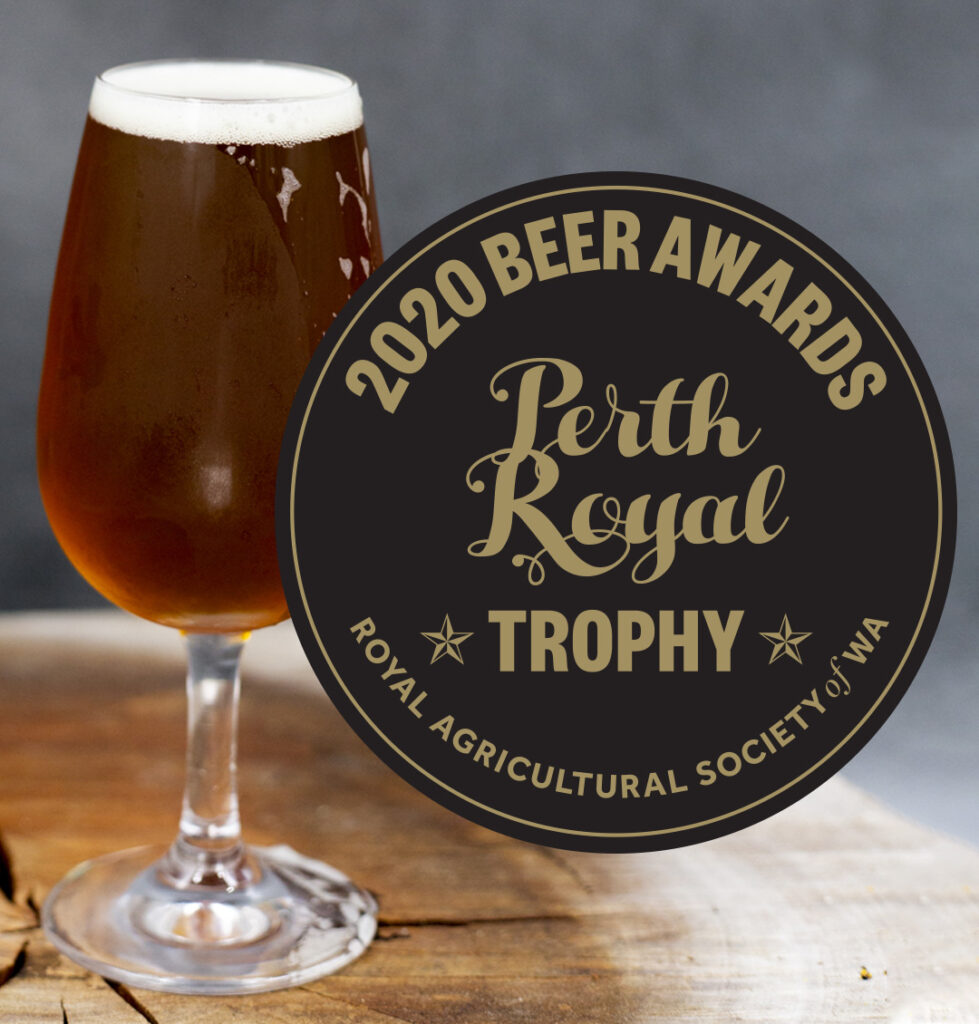 Other wins for the metro-based microbrewery included the Trophy for Champion Small Brewery and an award for their sour-style‘The Rampant Raspberry’ (Trophy for Best Hybrid & Speciality Beer).

This year’s judging team, led by Will Irving – formerly of Feral Brewing Co. – worked through 395 entries across 104 separate classes. Each beer, identified only by a catalogue number and served in its own standard, non-descript tasting glass, was judged according to international judging criteria, considering appearance, aroma, flavour, technical quality and style.

Speaking ahead of the competition’s awards evening on Friday 21 August, Chief Judge Will Irving said that the competition across all categories had been incredibly strong.

“We’ve seen big growth in the number of Pale Ale and IPA entries winning gold medals this year. It shows that hops are still king and there is still a huge drive across all brewers in producing those great, expressive hop-driven styles.
“We’ve also seen a steady increase in the number of sours being entered, though not the huge boom that many were expecting.
“All in all the quality and consistency across categories in 2020 has been pretty exceptional, especially when you consider all the challenges the industry has been facing this year with COVID-19.
“Blasta has had an incredible year. They’ve walked away with four trophies – and that isn’t just confined to one style of beer. The quality is there throughout all their entries and their success this year shows it.
“Boston Brewing Co. were close at their heels this year and deserve the recognition they’ve received for their three trophies and five gold medals across a wide spread of categories.
“Otherside has also had a great year, particularly with their stout. That beer was a single batch release so winning a gold and trophy is outstanding.
“While this is very much a national competition, it’s great to see WA brewers being so competitive. We have seven trophy winning breweries in our metro area this year and a further seven in our state’s south-west. There’s certainly no shortage of great beer to choose from on the west coast.”
Previous
Next

The annual beer competition – an initiative of the Royal Agricultural Society of WA (RASWA) – is part of the Perth Royal Food Awards programme, celebrating exceptional produce and producers from across Australia.

RASWA President, David Thomas, said: “Australian brewing continues to go from strength to strength and the quality of the entries just keeps getting better every year.

“Winners earn the right to use their gold; silver; bronze and champion/trophy medals on their award-winning product, thereby demonstrating to the buying public that it is among the best products available in Australia.”

For more information about the Perth Royal Food Awards and a full list of winners from the 2020 beer category, visit perthroyalfoodawards.raswa.org.au.