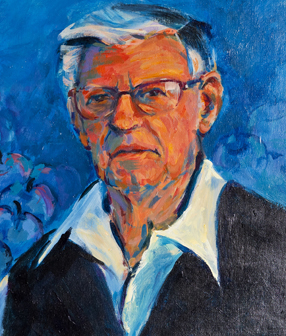 Western Australia began to have a significant influence on the apple industry of Australia in the latter part of the 20th century and is now recognized as an important supplier of quality apples to world markets.  John Cripps was a major contributor to all facets of its success.  He joined the Department of Agriculture in 1955 and became a specialist horticulturalist in 1959.

From the 1960s, he developed rootstocks that were compatible with Western Australian soils, worked out strategies for irrigation and fertilizer that best suited the local environment and identified approaches for controlling cropping to ensure consistent annual production.

His exceptional and most obvious accomplishment was the breeding of new varieties of apples that have become household favourites.  Pink Lady and Sundowner are not only eagerly sought by buyers worldwide who appreciate their unique combination of flavour, sweetness and long-term storage ability but they are among the most popular varieties planted in orchards around the world.