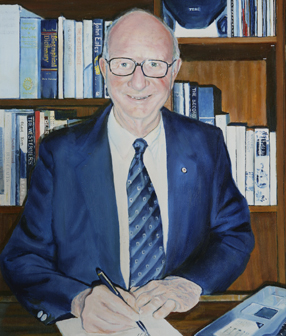 Peter Falconer’s arrival in Western Australia from New Zealand in 1961 coincided with the initiation of the first farm-management groups in this State. From a modest but successful start as consultant to the Wongan Hills group he witnessed and played a major part in the professional development of farm-management consulting which, today is used by 40% of Western Australian farmers who produce more than 60% of the State’s agricultural produce. He was intimately involved in the formation of the Western Australian Consultants Association in 1962 and of the Australian Association of Farm Management Consultants in 1963. He was a leader of the profession while holding a range of official positions, including chairman, in these organizations. In addition, he edited the journal ‘Landline’ for 25 years providing useful and objective views to farmers on improving profitability.

He later continued his energetic leadership by mentoring new consultants. The fledgling profession gradually progressed from individuals servicing farmer-based and owned groups to private, often multi-skilled, consulting businesses. Here, too, Peter led the way and, with two colleagues, formed the first of these consultancies in Western Australia as early as 1965. This evolved in 1975 into Planfarm, the State’s first private consulting firm from which he retired as managing director in 2004.

At a practical level, he farmed at Toodyay and at Mingenew and was involved in several Simmental cattle studs and in the first farming of fat-tail sheep in Western Australia. He was vice-chairman of the Children’s Leukaemia and Cancer Research Foundation for over 20 years where his vast network of friends and clients in the country helped him raise money for research of continuing benefit for both country and city children.