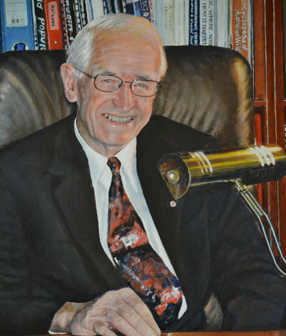 Noel Fitzpatrick came from a farm background at Narembeen to become Director of the State Department of Agriculture in 1971, Deputy Secretary of the federal Department of Primary Industries and Energy 1984 and inaugural President of the Murray-Darling Basin Commission in 1988. He graduated from The University of Western Australia in 1951 and set up the foundation for this illustrious administrative career with important research into pastures and soil nutrition of the newly cleared land in the south of the State in the 1950s and 1960s.

His 13 years as Director from 1971 to 1984 was a period of great change in agriculture, particularly in cropping, and he positioned the State well to transform from a relatively minor producer of wheat to a major contributor through his strong foresight and capacity to be ahead of the issues of the day. He believed passionately in attracting the best research talents to the Department and supported them with persuasive leadership and foresight.