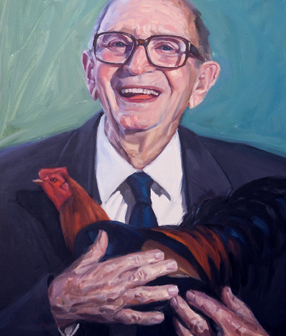 Robert Hayes-Thompson is an outstanding representative of that small band of dedicated people whose contribution to the agricultural community in their region has significantly enhanced the community’s way of life. He was involved in a wide range of organizations and projects working to improve the medical, social, physical and sporting facilities in the eastern wheatbelt.

He was a councillor on the Merredin Shire for 11 years and president for six of them, president of the Kellerberrin RSL for 25 years, member of the Kellerberrin Hospital Board for 28 years, member of the Merredin Hospital board and its inaugural President. In these roles he played a key part in such diverse undertakings as developing live theatre in Merredin, initiating major projects for limiting urban salinisation, improving water supplies to remote areas and provision of aged-care facilities at Merredin.

Robert Hayes-Thompson has been a councillor of The Royal Agricultural Society for over 20 years and has contributed to the growth and professionalism of the organisation during this time.