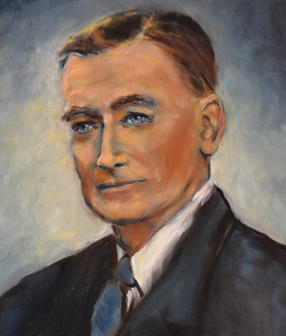 In his stewardship of his own and his family’s properties Lefroy was a model of the practical grazier applying the findings of agricultural science.  As a successful breeder of Peppin Merino sheep of genetic purity he established the largest sheep stud in Western Australia.  He was the first to grow substantial quantities of subterranean clover north of Perth and in 1939 introduced the practice of mulesing to the sheep industry.  He was a constant advocate of using genetic research to lift the quality of flocks and contributed unstintingly to community service.