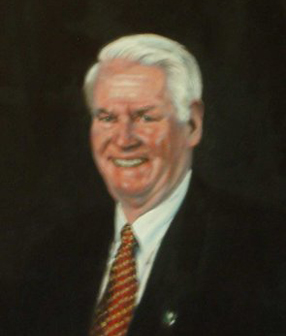 Inheriting the family farm at Bruce Rock when young, Perkins gained experience which qualified him for a Nuffield Farming Scholarship and so to a long involvement in efforts to improve the scientific basis of Western Australian rural industries.  He was a leader in maximising grain yields by linking them to rainfall and in promoting co-operative research in legumes.  As director from 1975 and chairman from 1986 of Wesfarmers Ltd, until shortly before his death, he presided over the rapid and successful development of a company serving many rural-based investors.  He was Chancellor of Curtin University of Technology from 1996-2002.