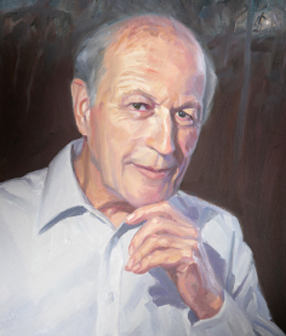 John Radunovich spent more than four decades of dedicated medical service in the central wheatbelt of Western Australia during which he pioneered changes in rural medical practice in this State and influenced the way in which it is delivered. He was born in Yugoslavia in 1932 and moved with his family to Manjimup in 1938.

After studying medicine at Melbourne University he set up permanently as a general practitioner at Kununoppin. The remoteness of the practice meant that he had no ready access to specialists and had to be surgeon, obstetrician, paediatrician and general practitioner, dealing with accident and emergency services. In extreme cases he referred patients to specialists in Perth but soon used his networks and personality to develop a new concept of encouraging many specialists to come the bush. He set new standards of care for aboriginal patients and the elderly and was active in advancing the ambulance service in much of the eastern wheatbelt.

During his long career, medical services in rural Western Australia changed constantly as populations of country towns diminished and medicine itself become more specialised. He relentlessly fought to ensure that country people were not disadvantaged by these changes and the quality of service in the bush now and into the future has been greatly influenced by the example that he has set.