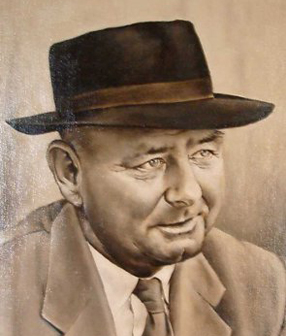 Eric Smart came to Western Australia in 1934 from South Australia with his life savings of 200 pounds to take up a share farming venture at Watheroo. After marriage he moved to Wongan Hills in 1940.

In 1949 Smart acquired Erregulla Springs Mingenew, a 10,000 hectare property of which slightly more than half was light sandplain country. He experimented with superphosphate and lupins to build up the fertility of the soil on the light land for cropping. Grain production increased by two-thirds, and by 1967 the crop exceeded 500,000 bushels (13,400 tons). The property also pastured over 100,000 sheep.

His success reflected the use of such innovations as aerial spraying of pests and the use of nitrogen fertiliser in the form of urea.  He showed his appreciation of science by endowing research on light lands and the use of lupins. He remains a pre-eminent example of the application of scientific methods to large-scale wheat farming.