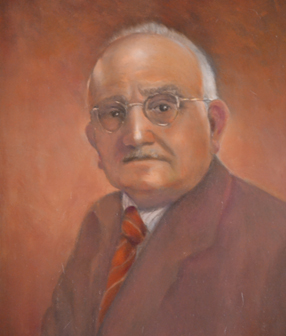 Dr Sutton was the Director of Agriculture in Western Australia from 1921 to 1937 during crucial years of agricultural development in this state. He began his working life as assistant to William Farrer in New South Wales and succeeded him as Chief Wheat Breeder in 1906. He moved to the Western Australian Department in 1911 at a time when much of the State’s wheat belt was being cleared and developed.

He injected a new and lasting culture into the struggle to make this land productive by establishing, for the first time, a scientific basis for successful farming. As Director of Agriculture he fostered the use of the wheat varieties, Nabawa and Bencubbin, promoted bulk handling of wheat, and spoke and published extensively in the cause of agricultural education. Sutton introduced the concept of controlled experiments and insisted that his staff also adopt modern scientific methods. This ensured that issues such as the introduction of clover based rotations, new wheat varieties suited to the region, diversification into sheep and communication of new findings all attained a high profile within the Department and that the personnel involved were of the highest calibre.

Many successful and creative Western Australian agricultural scientists started their training because of Sutton’s visionary cadetship scheme for university students in agricultural science and he encouraged a number of them to study overseas. He was also a major supporter of the establishment of Muresk College for the training of young farmers.