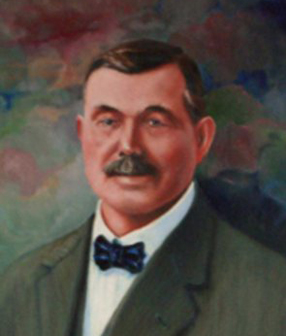 Tom Wilding established himself at Mokine in the Northam area in 1890 and in 60 years built up a reputation as an accomplished breeder of livestock, winning five Governors’ Cups at the Perth Royal Show. He was the foundation breeder of fat lambs in Western Australia as well as achieving consistently high standards in the breeding of Clydesdale horses, Merino sheep and Jersey cattle.

He was three times President of the Royal Agricultural Society and the founding president of the Farmers and Settlers Association at its establishment in 1912. He was among the founders of the Muresk College, now the Muresk Institute of Agriculture and, until his death in 1954, was a generous patron and encourager of agricultural innovation.