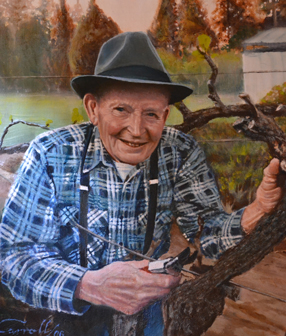 In 1924, Joe Zekulich arrived in Australia as a penniless 16 year-old post world-war migrant from his native Croatia. After working as a market gardener and timber cutter in the Goldfields and later as a sleeper cutter in the south west he moved to the Swan Valley where he established himself and his family in the grape growing industry. He recognised in 1932 that the vigour of vines in the whole region was deteriorating and perceived that this was being caused by a root knot nematode.

With single minded determination, and with neither scientific nor financial support at that time, he set out to revitalise the Swan Valley as a major viticultural region. First, he sought out and tested rootstocks for resistance to the nematodes and then he pioneered the introduction of the Dalmation green graft to the Valley so that scion material could be successfully grafted onto the resistant stock. This stock was made freely available to other grape growers and to the Department of Agriculture with whom he developed a close working relationship.

The enterprise of Zekulich made him a household and highly respected name in his adopted country in which he served for over 30 years on many industry-related associations including the Viticulturists Union and the Export Grape Committee.