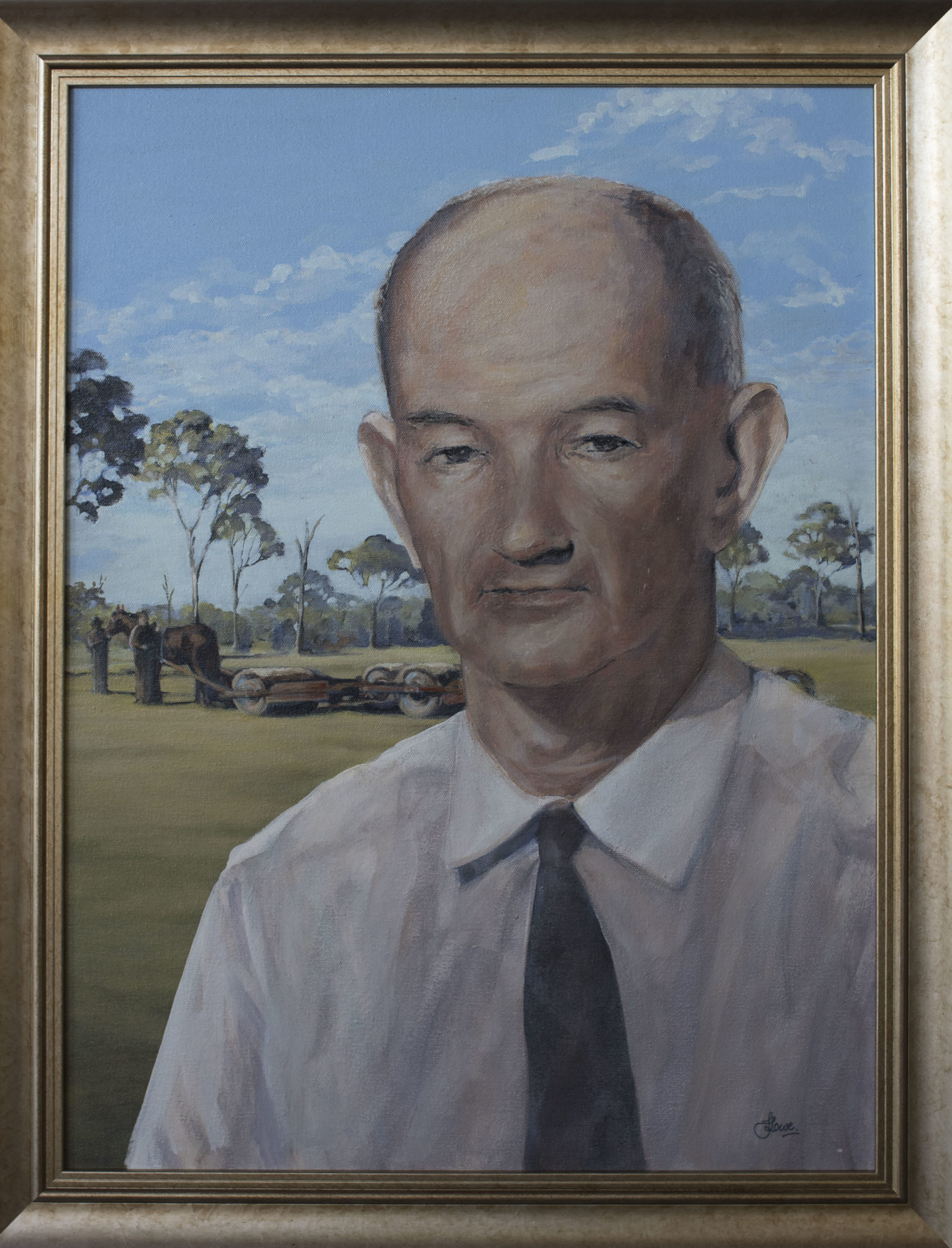 Eric Farleigh was a pioneer farmer at Boyup Brook where he started with a virgin block in 1924 and turned it into the iconic showcase farm, Rylington Park. He was innovative and used the most modern methods of the day. Importantly, he contributed to the success of many farmers in his district and beyond by freely sharing the results of the trials that he himself found successful. Prominent among these was the use of lime to improve acid soils and the sowing of subterranean clover pastures to increase the stocking rate and fertility of the soil. He was a large-scale producer of subterranean clover seed and devised innovative techniques for harvesting it. Subterranean clover became a major component in the large-scale development of the wheat belt of Western Australia before and after the second world war and much of Farleigh’s seed would have contributed to that development.

Eric Farleigh was keen on education and, in 1985, handed Rylington Park to the Shire of Boyup Brook to be developed as an agricultural college. This did not eventuate, but Rylington Park became a centre for training and research, being well known for its shearing schools, workshops in many aspects of agriculture and its flock of genetically worm-resistant sheep.