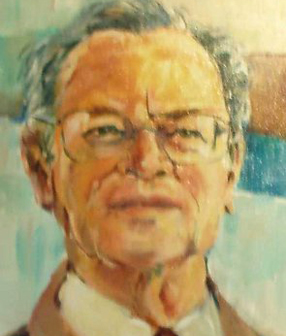 Reg Moir studied agricultural science at The University of Western Australia in the early years of Professor Eric Underwood’s leadership.

After graduating with first class honours he was appointed to an academic position there, rising to the status of Professor. On retirement in 1983 he received an honorary doctorate in recognition of his research on animal nutrition. His public service included Membership of the Australian Meat Research Committee and the Australian Academy of Sciences National Committee on nutrition.

As a member of the planning board for Murdoch University between 1970 and 1973 he contributed much to the establishment of the School Of Veterinary Sciences at the new university.