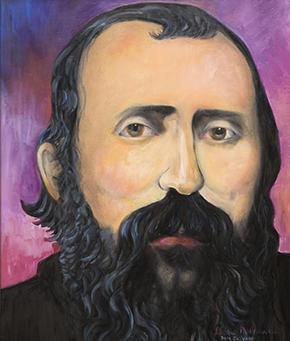 Behind the unique monastic town of New Norcia is a history that illustrates the enthusiastic and innovative skills in agriculture of its founder and head, Rosendo Salvado. Salvado’s objective was to mentor and provide education and material support to the native population to encourage them eventually to establish their own independent farming enterprises. This had limited success but, in trying to achieve it, he made the New Norcia Mission one of the State’s biggest landholders in the second half of the 19th century and demonstrated resourceful techniques that helped shape farming during that era and acted as a model for other landowners.  At its peak, the Mission managed over 160,000 hectares stretching from the Irwin district in the north to the Avon and Swan districts in the south, ran 22,000 sheep and large herds of cattle and cleared and cultivated extensive areas for cropping.

He introduced the largest threshing machine in Western Australia in the 1870s and built a flour mill for the farm’s production of wheat.  He also experimented with and acted as a source of information on new enterprises such as an olive grove which persists today and remained the State’s largest for a century after its establishment. It is still the source of the unique and popular variety, “Mission”. He also tried tobacco, silkworms, honeybees and coffee beans which provided valuable information to farmers in the region.