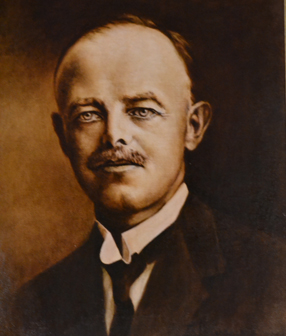 John Teasdale was one of a family of builders who migrated to Belka in the Western Australian Wheatbelt in 1911. He became an early supporter of the Co-operative Movement and the Primary Producers Association. In 1921 he became one of the original trustees of the Voluntary Wheat Pool, and within a few years was a recognised authority on marketing who helped in the shaping of policy during the 1930s depression.

In 1939 he was appointed an original member of the Australian Wheat Board, becoming Chairman in 1950. He was also President of the Primary Producers Association for eight years, and Chairman of the 1946 Royal Commission on Wheat Marketing.

It has been said of him that “throughout his career he was probably trusted more by wheat growers than any other man in public life and his advice and speeches on wheat matters were heard out intently”.