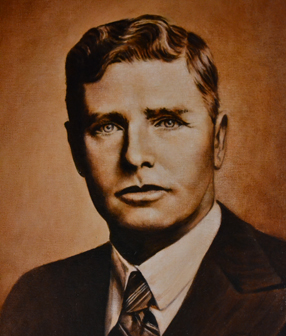 A member of a family distinguished in primary production, Loton gained his practical experience as a farmer and grazier at his property ‘Belvoir’ in the Upper Swan, taking a special interest in the systematic promotion of sheep-breeding. He was a member of the Council of the Royal Agricultural Society of Western Australia for 38 years and President of the Society twice, exercising a role of leadership during the 1930s depression and the Second World War.

As a Director of Westralian Farmers Co-operative Ltd from 1936 to 1965 (and Chairman from 1953) he oversaw the emergence of the Company as a major merchandiser, and also the development of special service companies and marketing arrangements to meet the needs of specific sectors of the agricultural industry in Western Australia. His interest in education was attested by service on the Board of Governors of Hale School from 1934 to 1957, including 10 years as Chairman, and by Membership of the Faculty of Agriculture at The University of Western Australia.