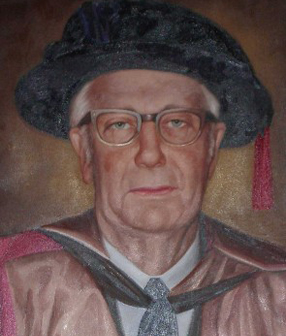 Eric Underwood graduated with honours in agricultural science at The University of Western Australia and with a doctorate from Cambridge University and was appointed animal nutrition officer with the Department of Agriculture in 1931. In this capacity, with limited resources, he undertook brilliant research into the role of trace elements in the nutrition of sheep.  This resulted in pasture improvements, which substantially improved the carrying capacity of large areas of the south west of the State.

From 1946 to 1971 Underwood was Professor and Director of the Institute of Agriculture at The University of Western Australia. An excellent lecturer, he was responsible for major improvements in the facilities for agricultural education in Western Australia, and under his leadership many outstanding graduates were produced by the Institute.